Out with the old TFN and in with the new

There were those who insisted it wouldn’t last six months let alone 22 years. Now as the door shuts on Third Force News (TFN) as a weekly newspaper, another door opens for a monthly magazine.

It might not seem like it now but back in 1996 the idea to create a weekly publication containing only voluntary sector news was hugely ambitious, very controversial and not without its detractors.

TFN was christened during a period of momentous change in Scotland with devolution having just been wrestled from England and the country looking forward to its very own parliament.

We were on the cusp of change and leading that change would be a four page publication heralding everything good in Scotland’s voluntary sector.

Printed from a basement in the Scottish Council for Voluntary Organisation’s (SCVO) Claremont Crescent headquarters from an old Gestetner machine - which made the walls shake, the floors bevel and the plaster fall of the ceiling - it stood tall standing up to injustice and the Scottish Executive as it was known then.

From the outset TFN was to be the vehicle to carry the sector’s concerns, its campaigns, its fears, its victories and its successes. But most importantly the brief was it would be objective: if it was in the public interest to be critical of the sector or a charity, no matter how big or how powerful, then so be it.

When I first joined as an editorial assistant in 2001 it was amid one of the biggest campaigns SCVO had mounted: water rates relief for charities. Hardly seductive perhaps, but it remains to this day a perfect example of how a well-pitched campaign can achieve brilliant 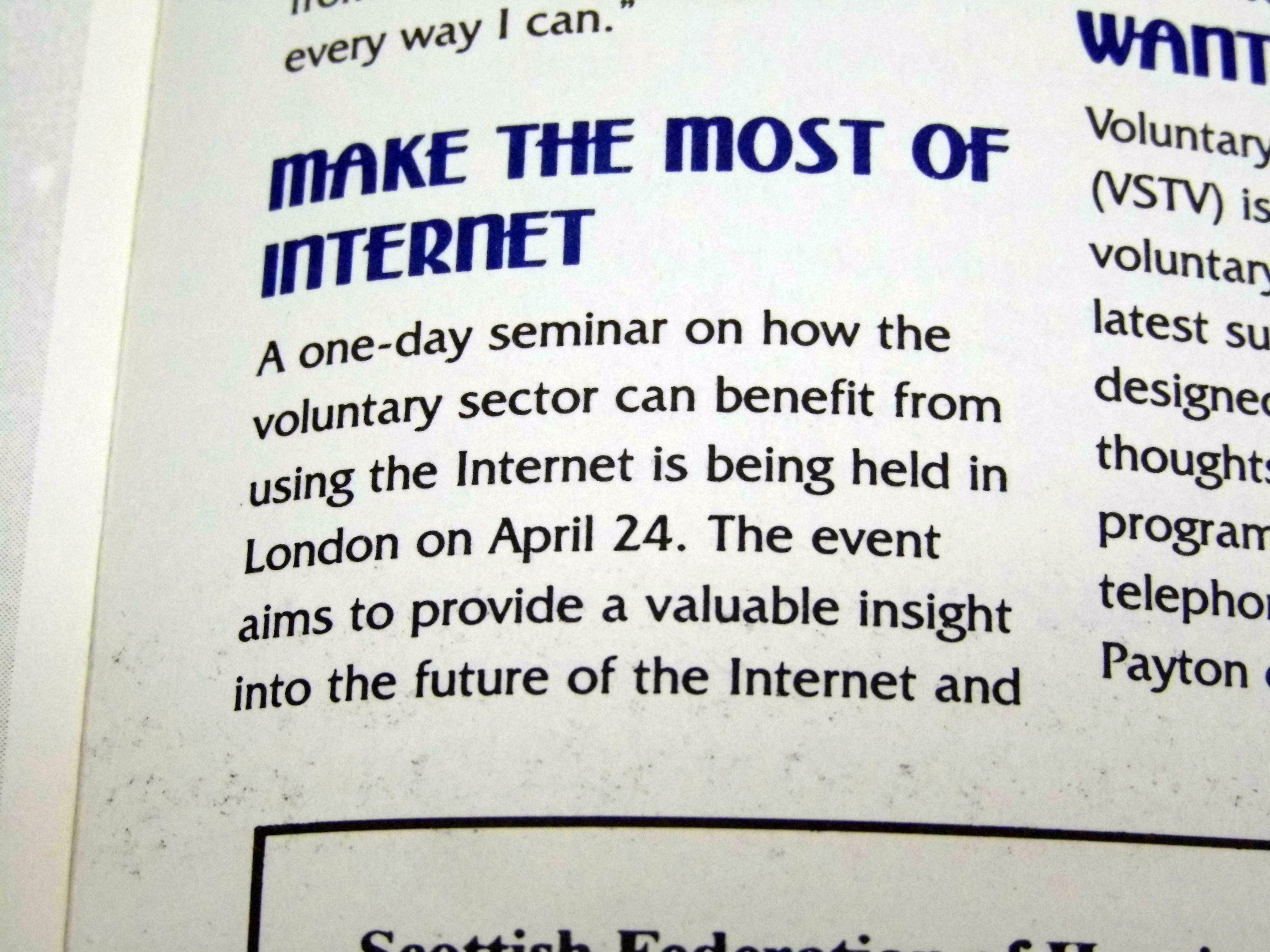 One of my first tasks was visiting a village hall in Dalkeith which had been hit by a crippling Scottish Water bill. During a drop-in session for parents with disabled children a young girl in a wheelchair came over to me and pleaded: “Help us to stay alive.” That poignant plea became our front page story before being used as the case study which SCVO took to the Scottish Executive. We ran dozens of similar local stories across Scotland, focusing on the human impact the loss of these facilities would have, then we would press release them to local newspapers to run at the same time. The result was blanket coverage – an onslaught which the Labour-led Scottish administration couldn’t ignore. With very real stories of children, disabled people and the elderly suffering because water bills were forcing voluntary groups from their premises, Scottish ministers stepped in with two new schemes to offset costs.

Next came charity law reform, a huge victory which was the culmination of a 10 year battle. OSCR was formed on the back of this and it was in no small part to TFN highlighting, often exclusively, how the current laws were being exploited by the unscrupulous.

We were the first to expose the fundraiser Tony Freeman, the Moonbeams scandal and a litany of case studies where fraud was being committed but there was no law to prevent it. And let's not forget Gerry Freedman, the serial job applicant who had stalked Scotland's charities for years. We went full out to expose his antics before the Sunday Times took our story national. He's not been heard of since.

We were able to do all this because TFN always had enviable access to enviable information. The editorial staff sat alongside a policy team consisting of some of the country’s leading strategic thinkers. We had Stephen Maxwell, who was an associate director of SCVO, who gave us incredible insight. He deserves a special mention because without his input, TFN probably wouldn’t have lasted. He made the case that a newspaper could only be credible if it was objective and independent and stood its ground against government even when the sector was reliant on its funding.

Then there was Ann McGuire, who went on to become a Labour MP,who started off at SCVO and contributed greatly to the paper; Lucy McTernan, then head of policy, tempered our enthusiasm with a lot of practical sense; and Philippa Bonella who was key in shaping charity law contributed greatly to the paper in those early years. And of course there was Annie Gunner Logan whose wit and intelligence was a mainstay every other week in her column – the only person who could consistently turn tepid practical issues into wit, wisdom and, dare I say it, make sense of them in the process.

With all this input we went from four to eight pages, then 12, then 16 as we expanded our content and recruitment adverts. Realising how costly these adverts were for hard pressed voluntary organisations, we created the Goodmoves website, offering ads at a fraction of the price – a website that has gone on to become a huge success.

Now it’s time to thank our readers for making TFN the publication it is today: a daily digital platform breaking all the important news of this vibrant sector and soon a monthly magazine to examine this in more detail. The first issue of the magazine will be with you in August; in the meantime you can sign up to our twice weekly ebulletin