The issue of dying, death and bereavement should be a priority for the next government 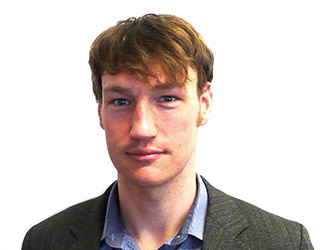 Richard Meade says the next Scottish Government must make the issue of dying, death and bereavement a much higher priority

The next Scottish Government must look beyond a five-year term if it is to make the progress needed to ensure everyone affected by dying, death and bereavement gets the support they need.

Marie Curie research has shown that by 2040, up to 10,000 more people will be living with and dying of a terminal illness, and many of them with multiple health conditions and will be living in community settings. The latest Public Health Scotland research for Children in Scotland requiring Palliative Care (ChiSP) also shows that there are 16,700 babies, children and young people (aged 0-21) across Scotland who may die from a life-shortening condition – more than ever before.

These projected population changes will lead to a significant increase in demand on community-based services with more people needing a palliative approach.

An audience of nearly a hundred health and social practitioners, third sector representatives, academics, and family members who have experienced dying, death and bereavement asked politicians what the parities would do, if elected to Government, to meet emerging challenges.

The importance of funding for third sector palliative care providers was also recognised by the MSPs with Lewis Macdonald calling for “proper funding of hospices.” This was echoed by Donald Cameron who said, “palliative care services in the community should be placed on a sustainable footing.”

Much of the care of terminally ill people is delivered in social care settings, including care homes, which have experienced a tragically high number of deaths during the pandemic. The importance of the Scottish Government’s Independent Review of Adult Social Care was discussed, and all panellists agreed in the need to commit further to the social care workforce who are key to delivering palliative and end of life care but often do so without training.

Support for family carers while caring for someone, and after that person dies

Increased support for family carers was also seen as a priority, particularly following bereavement. The need to identify carers for support was highlighted by Alex Cole-Hamilton saying many “carers don’t know they are carers, particularly young carers, who are looking after family members in end of life situations.”

Panellists expressed their support for extending Carers Allowance payments for carers following a bereavement from eight weeks to six months.

It was encouraging to see strong political support for dying, death and bereavement at our Hustings, and commitments made are important. But this must lead to action early in the next parliament and in the first Programme for Government.

Read Mare Curie’s manifesto in full.The charity is urging everyone to write to their local candidates ahead of the Scottish Parliament Election to ask them to sign up a pledge to make palliative care a much higher priority for the next Scottish Government.