Why it’s time to think (differently) or sink

The Scottish Government’s deadline for paying all social care staff the Living Wage of £8.25 comes into force tomorrow (Saturday, 1 October).

And as chief executive of one of the nation’s largest social care providers, I couldn’t be happier.

At Enable Scotland, social care means recruiting great people to support people who have a learning disability to live great lives. And that means paying staff a good wage.

Well, no! Not by a long stretch. And especially not just now. 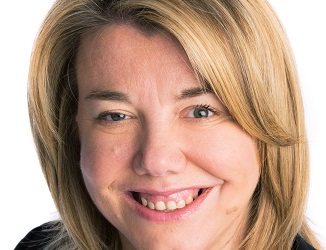 Calling for more funding for social care provision is not a workable fix. It ain’t going to happen.

I’m well-placed to comment on what the Living Wage really means for the sector. And it is not a happy picture.

As of this week, providers like Enable Scotland are locked in negotiations with local authorities about how much additional funding they can get to support this pay increase.

With days to go, we still had no clarity or comfort from some local councils that they would be in a position to pay us enough money to pay our frontline staff £8.25 per hour.

But it’s not enough.

As chief executive of Enable Scotland, I want to go even further. I believe that an hour at work is an hour at work, and I would love to be able to pay all of my frontline staff £8.25 for all hours worked, including sleepovers.

But the reality for Enable Scotland is that this would add around £800k on to our payroll costs this year alone.

And it seems at this stage that the Scottish Government and local authority shared expectation is to pay the Living Wage rate to staff for waking hours only.

And what of next year?

We know that the Living Wage rate increases every year, and will reach a rate of £9 an hour by 2020. We are facing unprecedented challenges.

In fact, there are three factors (Living Wage included) which I believe are contributing to a perfect storm for social care in Scotland.

Everyone involved – providers, national and local government, and the wider third sector – must start to think differently, and quickly. This is not about battening down the hatches and waiting till the storm passes. As tough as it will be, we need to tackle it head on.

If not, I fear that many social care organisations will not survive, and vulnerable people across Scotland – and their families – will be left to pick up the pieces.

There was an outcry in June when the chief executive of NHS England called for any spare public money to be spent on social care and not the NHS.

Two reports in recent weeks from the King’s Fund show how the system of care for older and disabled people in England is failing. Due to insufficient funding.

And Scotland is not faring much better.

Audit Scotland reported this month that ‘social care in Scotland is at a watershed’. The national audit body forecasts that social work departments will need up to an additional £667m a year more by 2020 to deliver existing services.

But this is in the context of the Fraser of Allander Institute warning earlier this month that Scotland faces further cuts in public spending of up to 20% by 2020/21. Yes, that’s twenty per cent.

So calling for more funding for social care provision is not a workable fix. It ain’t going to happen.

People are living longer, with more complex support needs as the years go by.

And there is a clear policy – which organisations like EnableScotland have long campaigned for – on supporting people to live in their own home and local communities for as long as possible.

Scottish Government statistics show that money spent on adult services increased by 7.5% in just four years between 2009/10 and 2013/14.

People are getting older and personalisation is the right way forward. This costs (increasingly) more.

And if reduced funding and increased demand hadn’t caused enough thunder and lightning, it’s the third element, the Living Wage, which brings our sector to where it is today.

In the midst of a perfect storm.

200,000 people in Scotland are employed to support people who are older or disabled.

These are the people we trust day in day out to care for our friends, families and loved ones.

But they tend to be among the most likely to subsist on a low wage.

They deserve to be paid well.

To meet the demand for modern, high quality, care and support, we need to provide a decent living wage for those employed to provide it.

Why? Because only by doing so will we attract employees who are competent, committed and who care.

Would you be happy to have your – or your mum’s or your dad’s – care and support provided by somebody who wasn’t?

But the reality of social care is that people can get paid just as well, if not better, working in a supermarket.

Like it or not, in many cases, the Living Wage introduction will cost social care providers more. And that’s before we get into sleepover payments

This makes recruiting and retaining the best people a massive challenge.

Those of us delivering Scotland’s social care celebrated when, earlier this year, we reached agreement with the Scottish Government and local authorities on how to tackle this issue.

Some of the £250m funding from government to protect and grow social care services would be used to raise the amount social care providers were paid.

In turn, we would pass on this increase to our employees at the coal face. These staff would receive at least £8.25 an hour; the current Scottish Living Wage rate.

But it’s not turned out like that. Far from it.

The commitment to pay the new rate, announced six months ago, starts tomorrow.

Many care and support providers simply aren’t ready. Why? Because each care provider has had to negotiate an agreement with each of the local authorities in which they work.

The scale of the challenge has been immense.

Even if the sector somehow meets the 1 October deadline, a new Scottish Living Wage will be announced in November.

Quite how local authorities will deal with this is unknown. The worst-case scenario is a further deviation of funding practices across Scotland’s local authorities, with some paying the new rate and some the old rate.

Like it or not, in many cases, the Living Wage introduction will cost social care providers more. And that’s before we get into sleepover payments.

The perfect storm is upon us. And you know what? These three factors are realities which fundamentally will not change.

There’s less money and more demand. And our social care staff deserve to be paid a decent living wage for all hours worked.

So, where does that leave us as a sector?

I’ll put it this way: There are more than 1000 providers of adult social care services across the private and voluntary sectors in Scotland. That’s a lot for a country with a population of around 5.3m.

It’s time to think differently and I would urge the Scottish Government to ignite that debate. The time for reviews is over. The social care sector needs action now.

A national approach to negotiation the next round of hourly rates to support payment of the Living Wage would be a start. As would agreement that social care employed in the third sector deserve to be paid the Living Wage for all hours worked, including sleepovers.

But then we as a sector also have to start taking responsibility and talking about what we can do to make this affordable.

So that our staff, and ultimately, the people we support, get the best deal.

We have to start thinking differently.

We have a role to play in this. The current system is not working and will become unsustainable in two years’ time. Let’s not wait until then

Theresa Shearer is chief executive of Enable Scotland and on the board of directors of the Scottish Council for Voluntary Organisations (SCVO).

0 0
Sandie Graham
almost 6 years ago
The living wage paid Carers are offered is a lot better than what unpaid Carers get, £62.10 a week is a joke.

0 0
Susan hart
almost 6 years ago
It's about time hands on workers got paid better and yes they should be paid for every hour away from home whether that's waking or sleeping. Perhaps CEOS should look at cuts in their own salaries.

0 0
Julie Johnston
almost 6 years ago
It doesn't help when your son's sds budget hasn't been increased in 6 years. We squeeze Peter's budget till it squeals, but unless the individual budget increases, the budget just won't cover the support

0 0
Iain McDonald
almost 6 years ago
A lot of comment but no solutions. Would be great to finally see a charity CEO put pressure on the SNP Government to put some money where their mouth is. Extra on income tax/unfreezing the council tax would solve some of these issues. Some seem more concerned with selfies with Nicola rather than the hard work of forcing them to find solutions.

0 0
Simon Richardson
almost 6 years ago
Happy Living Wage Day colleagues!!Thank you to Theresa Shearer for a well crafted article. Disappointing that it seems to come so late in the day.when the issues have been apparent for many months. Has there been a joint statement from the CEO's of the larger 3rd Sector support providers highlighting the crisis? Why aren't we (support staff, the people we support & carers) not gathering in George Square & at the Scottish Parliament to draw attention to the issues & to push for solutions?