Youth work in Scotland is still too often overlooked

Youth Scotland, a national youth work membership organisation, has provided an awards framework for capturing, accrediting and recognising the achievements of over 35,000 young people in the last decade via the Dynamic Youth Awards and Youth Achievement Awards.

Yet only one decade before, those thousands of young people would have seen their efforts go unrewarded. Everyone engaged in youth work today – in all its shapes, sizes and dress codes - knows it makes a difference and without doubt changes lives.

The recently published National Youth Work Strategy, Our ambitions for improving the life chances of young people in Scotland, makes it clear that the value of national voluntary youth work organisations is vital to the success of the strategy.

In the Youth Scotland Network for example, there is a rich tapestry of youth work services that reaches nearly 60,000 young people up and down the country, from the most rural communities, to the large housing estates in the most deprived inner cities in Scotland. Much of this work is led by thousands of dedicated volunteers (supported in part by sessional, part-time or full-time youth workers) in local youth groups, projects and organisations. If the government had to pay for this service (complementing the current CLD youth work provision) the combined cost would run into millions for innumerable volunteering hours freely offered each week to help young people play active parts in their local communities. 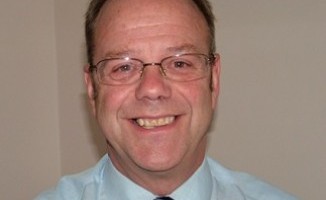 Does the general public appreciate that youth work doesn’t just take place around a table tennis table as it once did in the 1970s?

Yet, how do we know the real impact of community-based youth work?

Youth Scotland, in partnership with YouthLink Scotland and the Robertson Trust, has part funded a desk-based literature review to determine what we know about the impact of youth work on young people.

The findings of the review, conducted by the Edinburgh Youth Work Consortium andLAYC, are eagerly anticipated and will be published in April. However, having returned to the youth work sector after a decade in the increasingly regulated and professionalised early years sector, I often wonder if we – as well as having a challenge in measuring impact – have an image problem that belies the true value of youth work today?

Lots of people are doing fantastic work with young people to help in their personal, social and developmental needs but don’t consider themselves youth workers. These can be found, for example, in social care services, after-school clubs, in single activity groups and in organisations engaged in sport for development.

Does the general public appreciate that youth work doesn’t just take place around a table tennis table as it once did in the 1970s? Today, the table tennis table has been replaced with nonformal learning in awards’ programmes, the nail bar, the coffee shop, the street corner and in the myriad of youth centres, uniformed organisations, clubs and programmes.

At the heart of the youth work philosophy is a desire to help young people to have a real voice in society – as illustrated so effectively in last year’s referendum – and by allowing young people to become peer educators and take control of their own lives, their services and ultimately in their communities and in our wider society!

If only we could bottle that huge impact on Scotland’s youth, then perhaps we wouldn’t have an image or a branding problem?

Ian McLaughlan, chief executive of Youth Scotland, is writing in a personal capacity.