What does the future hold?

TFN asked six organisations from different areas to tell us their vision for the sector in 10 years’ time. 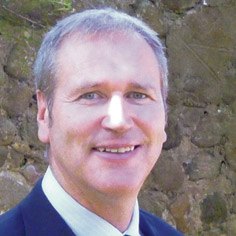 By 2024 I hope those doom-mongering about our ageing population will have fallen silent, proven wrong as people increasingly live active later lives that keep them happy, well, and independent.

If we invest wisely in preventative services, the best examples of which are often delivered by third sector organisations, we can achieve this. However endless budget salami slicing and bureaucratic tangles could throw this ambition off-course. We also need to abolish extreme health and income inequalities, otherwise too many will find the positive lifestyle choices necessary to enjoy later life just too difficult to make.

The concept of retirement will have changed beyond recognition. Already rising state pension ages and the ending of the default retirement age are meaning more of us are working into our 70s and beyond. This will be positive if governments and employers work together to enable people to enjoy productive, stimulating and flexible later careers. Not only would incidence of low self-esteem and isolation reduce, but younger generations would better appreciate older people’s value. However, if we don’t prepare many older people will end up stuck in jobs they can no longer do or feel they have done too long. 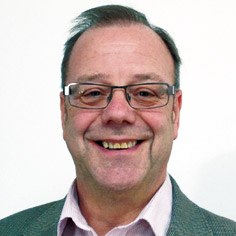 Youth Scotland has been around for 80 years and in that time has grown and adapted to the changing needs of young people, from the 1930s when the organisation responded to the social needs of young women, to becoming Scotland’s biggest non-uniformed youth work provider of meaningful programmes for over 60,000 young people today.

There are more innovations and changes to come in the next 10 years but the one youth work principle that will remain constant is that change will be initiated and driven by young people themselves.

A young person starting off their learning journey in a youth centre or project will have the same hopes and aspirations that a youngster would have had a decade, or eight decades, ago. Young people want to meet with their friends, have fun and discuss real issues that impact their daily lives. Issues include feeling safe and being listened to, making choices in their leisure activities and seeking out a pathway for careers and jobs.

Converse to these hopes are the realities of life in any generation – the disappointments and set-backs that life will throw at young people in Scotland in 2024. This is where the commitment of our workforce of 7,000 paid and unpaid youth workers provides a glimpse to the future.

Throughout Scotland today, youth workers in a variety settings are helping young people to flourish and thrive in their communities, despite the ever-present fear of serious cuts in youth services, both in the statutory and third sectors.

Youth Scotland, like many youth work organisations, will continue to adapt to meet the new challenges presented by society and the young people we support in helping them to reach positive destinations in life. 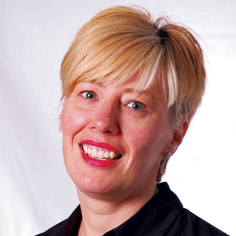 Looking to the future we would hope to see better provision of communication support to ensure an equal and better future for all deaf, deafblind and hard of hearing people. This would include an increased deaf awareness for all public bodies so that understanding how you are communicating to all deaf people is a part of the planning process and not an afterthought.

In addition, though having a British sign language / English interpreter in person can never be replaced as a best way to help communication, we would hope modern technology helps with the provision of emergency interpreters. For example whilst some doctors’ appointments can be booked months in advance with interpreters present, emergency visits to the doctor can cause considerable problems. A tablet computer could be used to provide a 24-hour online interpreting service to support deaf people when they need it most. Being rushed to hospital can be frightening, but if your first language is British sign language and not English, then it can be a terrifying experience. This fear can be easily avoided. The technology exists, we just lack the necessary understanding for how important and life-changing this service could be. 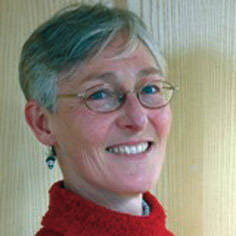 My hope, and that of the 100 plus members of the Network of International Development Organisations in Scotland (NIDOS), is that Scotland makes an increasingly effective contribution to tackling poverty and inequality globally by supporting communities to secure their rights and to improve their lives, wherever they live.

Our expectation is that over the next 10 years, whoever the government of Scotland is, we can build cross-party support for a more policy coherent approach that is pro-poor and global. We anticipate working closely with Scottish anti-poverty groups, government, academics, business and others.

I’m convinced that we’ll see communities and agencies in low-income countries growing in strength and voice. More individuals and citizens groups will be linking with these initiatives directly through internet and mobile phone technology, rather than through international charities. As well as channelling funds, this will enable greater intercultural debate on issues such as female genital mutilation and homophobia.

Diasporan communities living in Scotland will grow in influence over the next decade, getting the recognition they deserve for their contribution to the development of their home countries and becoming more effective in influencing policy.

NIDOS is working to increase the effectiveness of its members and to share its experience and learning in this changing environment. Our future is in strengthening our effectiveness and collaboration with others. 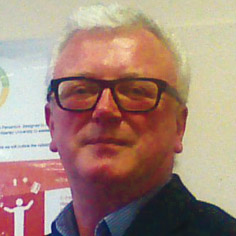 By 2024, I’d like to see people talking openly and freely about their mental health and wellbeing without fear of stigma or discrimination.

In 10 years’ time, I also believe all major cities will have service-user led and managed crisis support and early intervention services available. Mental health social care providers will transform from being wholesalers of block-funded services to being retailers of personalised service to people who have individual budgets via self-directed support. This will also see some service users creating micro-enterprises or co-ops by pooling their individual budgets to develop/manage the services they want.

Social care staff will be appropriately supported and rewarded for delivering recovery focused support by 2024. They will develop skills in delivering outcome focused interventions and be a valued part of locality based multi-agency mental health and wellbeing teams. They will also have created roles as coaches and mentors for people who need support, helping people to self-manage and navigate support in their community.

I also believe that towns and communities will be rushing to adopt the Wellbeing Community quality mark. This is awarded where communities have sought to promote and generate activities that focus on connecting, listening and supporting one another’s wellbeing to ensure more resilient connections within their area.

Health and social care partnerships will also have substantially more money to spend on preventative and early intervention services thanks to the input of service user and carer scrutiny panels who will have to sign off local joint commissioning plans. Community directed support legislation will also have been introduced to give localities more choice and control to design and deliver the services needed in their area. 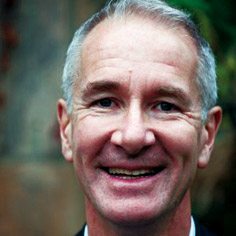 It’s 2024 and job done; it’s my last day and the coalition’s last day – a time to reflect. I pressed the office power down button and walked out; schools of cyclists of all ages passed by. Only the occasional electric bus and car puttered along outside the cycle path.

The office roofs and solar panels were covered in unmelted snow – no heat loss there.

Out on the Forth the first generation tidal energy hubs bobbed. Incredible that the amount of electricity we used was now matched by the electricity produced by renewables!

A group of foreign students, on a field trip to see “the Scottish example” no doubt, scanned the Visit Scotland bill boards with their pictures of peat land restored, community turbines and marine parks – “Welcome to Scotland where the first, best targets are set and met” it reads. “A better tomorrow here today”.

Co2 emissions are now under control and going down.

What was it that had won the day?

The shift to the True Prosperity Index as a measure of success with prime value put on community, family and the natural world? The public, political and media demands for action met?

The growth of the climate justice movement and recognition that we in the developed world who had played the biggest part in creating the problem should step up in solving it?

The global emissions deal of 2015? Was it the taste of extreme weather events; the recognition of the great pain to follow inaction?

It didn’t really matter did it? New sustainable path set. Green jobs growing…I could be dreaming!

Giving isn’t altruism, it’s science. If millions of years of evolution have taught us one thing, it’s that it is better to live in a society where we support each other. When we give, our brains reward us with a dopamine high.This might inspire confidence amongst those concerned for the future of charities and the voluntary sector, as we’re unlikely to evolve this mechanism away any time soon. But there’s a problem: we can only give what we have.

Those that give the most are the middle classes: managers and professionals. Herein lies the first key problem for the future: we are facing a dramatic thinning out of jobs in the professional and managerial classes, in the future the middle might be crushed, putting the largest individual donor base at risk.

With government funding under pressure too, many organisations have turned their attentions to corporate funders. The need for companies to soften their images through relationships with organisations that do good will not go away any time soon. But reliance on corporate donations is by its nature a less stable form of funding.

Funding isn’t the sector’s only challenge: there is more competition for the public’s attention. Traditional campaign groups are being outmanoeuvred and outpaced by a new wave of digitally-native organisations. Call it clicktivism, call it slacktivism, the last three years have seen the dramatic rise of a new form of engagement. Organisations like SumOfUs, Change.org and Avaaz have gathered millions of members. These efforts have delivered results, but not everyone likes the methods. Causes are selected because they are popular or winnable, not just because of their importance.

So what’s a charity to do?

If middle-class jobs are thinned out, people will have more time on their hands. It’s unlikely they won’t work at all, but it will increasingly be for part of the week. What will they do for the rest? There is an opportunity and a challenge to rebrand volunteering, removing the scent of talcum powder as one insider described it to me recently.

There’s also a chance to leverage the
things that charities and voluntary organisations have in abundance: good will, brand and reach. Some ruthless thought about where they might be able to compete could create some very powerful new revenue streams.

The future of the voluntary sector is not doom and gloom, but it is different. Succeeding in this environment requires early thought, and a willingness to act now, not waiting for events or referenda to determine your future.